St Peter calls us to be disciples of Christ.

LIVE AS DISCIPLES OF CHRIST

To honour our Patron, Saint Peter, a humble fisherman, who was chosen to lead the disciples, the St Peter’s logo is our symbol to follow the call of Jesus Christ. The symbol incorporates the cross of Christ as the sail of the fisherman’s ancient boat represented by the shape of the water.

The St Peter’s logo provides the foundation for the College and House System by using the colours of blue, green, red and white and what they symbolise. They represent the colours of our past, present and future.

Blue represents the Tuggerah Lakes and St Peter, the fisherman. Water is a reminder of our baptism and our belonging to this Christian community. Vincent House is united by the blue waters that surround us and St Vincent.

Green is the colour of new life brought to us by our faith. It links us with the traditions of Mater Dei College. Patrick House draws strength from our green environment, our past and St Patrick.

Red is the colour of fire and of the Holy Spirit which fill us with God’s love and grace. It links us with the traditions of Corpus Christi College. Benedict House is inspired by the Holy Spirit and St Benedict.

White is the colour of light and hope. It was a colour shared by Corpus Christi and Mater Dei, and represents the promise of the future. Francis House white light points us to our future and is guided by St Francis. We acknowledge the Aboriginal tradition of this region, which was created by Daramulen, the sky god who is the source of all power, (Swain 1993: 127, Vinnicombe 1980). Many of the Central Coast’s natural features, including the rivers and lakes, were shaped by the Rainbow Serpent, who rests in the swamp at Freeman’s Waterholes (Needham 1981: 69). Local place-names have their origin in the Darkinjung and Curringai language groups and can be seen around the College.

Tuggerah, the site of St Peter’s Catholic College means savannah grassland and the marshy land is evident on the site. The original property, on which the College now stands, was part of the 1831 Healy grant of 2260 acres which was passed on to the Alison family in 1875. The Alisons, a wealthy Scottish family,  built Alison Homestead and provided the land and plans for the township of Wyong. They retained this land until 1897. The site, later known as ‘Karinya’ was principally used as a hobby farm until it was purchased by the Diocese of Broken Bay in 1982.

The College site has developed through three major building stages since its inception in 1983. Initially, Mater Dei College was built to serve the Catholic community as a Year 7-10 campus. This was complemented in 1987 by the development of a senior campus known as Corpus Christi College. In 2000, both campuses amalgamated as a Year 7-12 campus known as St Peter’s Catholic College. 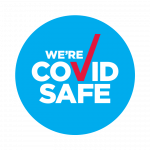 We are a co-educational Catholic high school of 950 students in the Broken Bay Diocese.
Nurturing young men and women to achieve and serve our community.